Family History Today: Donating Your Family Papers – How, When, Where and Why?

Karen Franklin, Director of Family Research at the Leo Baeck Institute, is donating her voluminous family papers to LBI, providing her a unique dual perspective on the donation process as both a donor and a recipient. This session will address what you can do to organize and prepare your collection for donation to ensure that the material will be accessible and meaningful to future researchers. Karen will cover topics including the types of collections that are accepted, what to do with difficult and personal information, and requesting access restrictions. She will also share a few of the many family secrets she uncovered in the process of preparing her donation!.

This program is sponsored by the Ackman & Ziff Family Genealogy Institute and Leo Baeck Institute. It is supported, in part, by a major grant from the National Endowment for the Humanities: Exploring the Human Endeavor, as well as by funding from The New York Community Trust's NYC COVID-19 Response and Impact Fund, and public funds from the New York City Department of Cultural Affairs in partnership with the City Council.

Ticket Info: Pay what you wish; register at /tickets/family-history-today-2020-10-07 to receive a link to the Zoom program 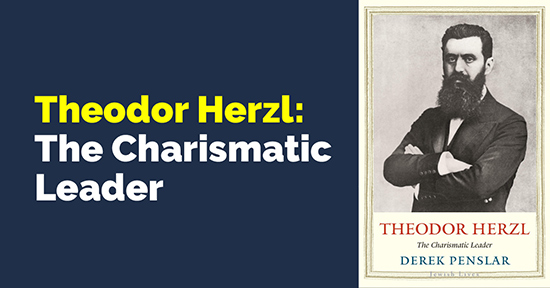 About the book: The life of Theodor Herzl (1860–1904) was as puzzling as it was brief. How did this cosmopolitan and assimilated European Jew become the leader of the Zionist movement? How could he be both an artist and a statesman, a rationalist and an aesthete, a stern moralist yet possessed of deep, and at times dark, passions? And why did thousands of Jews, many of them from traditional, observant backgrounds, embrace Herzl as their leader?

Drawing on a vast body of Herzl's personal, literary, and political writings, historian Derek Penslar shows that Herzl's path to Zionism had as much to do with personal crises as it did with antisemitism. Once Herzl devoted himself to Zionism, Penslar shows, he distinguished himself as a consummate leader—possessed of indefatigable energy, organizational ability, and electrifying charisma. Herzl became a screen onto which Jews of his era could project their deepest needs and longings.

Ticket Info: Pay what you wish; registration required at herzl.bpt.me to receive a link to the Zoom webinar 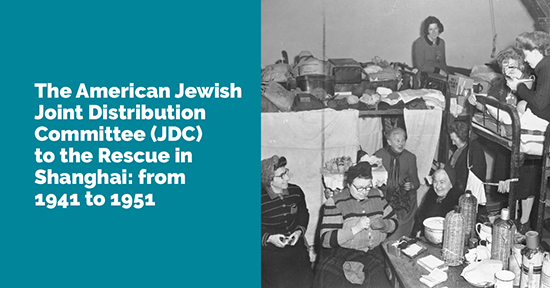 The American Jewish Joint Distribution Committee (JDC) to the Rescue in Shanghai: From 1941 to 1951- Live on Zoom

Facing an escalating demand for entry into the United States by German-speaking Jews in Shanghai in early 1941, the United States Consulate called the JDC for help. No one forewarned Laura Margolis, a translator for immigration interviews, about the living conditions of 16,000 Jewish refugees from Germany, Austria, Czechoslovakia, and Poland, all desperate for food and housing. She set up a new JDC Shanghai office, which stood as a rock for Jewish refugees under four directorships, four different regimes, and two wars.

Drawing from the JDC Archives, testimonies, and memoirs, this lecture by Sara Halpern, PhD candidate at Ohio State University, offers a tale of how the JDC Shanghai office — both a transnational American and an international Jewish relief organization — and its ingenious directors navigated the regimes of the treaty port controlled by multiple powers, the Japanese puppet government, Chiang Kai-Shek, and Mao Zedong. In contrast to Europe during the same period, the small, isolated JDC office in Shanghai had to rely on the goodwill of the various consulates and local authorities to assist with the Jewish refugees’ survival and emigration to other destinations. Hailed by the senior administration in New York, the “Shanghai job” was one of the most difficult in the world.

Closed captioning will be available during this program.

Ticket Info: Pay what you wish; registration required at halpern.bpt.me to receive a link to the Zoom webinar

In a series of discussions with leading scholars of modern Jewish history and the Holocaust, our new "Family Affairs" series explores researching and writing about Jewish experience from a distinctively personal perspective.

We will also discuss projects in the making, with scholars who are currently working on their books that either trace their family history or take this connection as a point of departure for their research. Despite their different disciplinary approaches and geographic scope, what these scholars share is the challenge of life-writing about close relatives. How does this experience change their thinking about Jewish history and their experience of writing it? What do these family affairs reveal to them in different ways?

Meri-Jane Rochelson and Devin E. Naar will discuss their projects and personal histories in Ashkenazi and Sephardi contexts, in conversation with Natalia Aleksiun.

Ticket Info: Pay what you wish; registration required at familyaffairs2.bpt.me to receive a link to the Zoom webinar